Jealousy is a real bitch! Anyone who has dated at any level has had to deal with it. Worrying about if your girl is cheating on you can bring out the worst in you. It’s just as bad too, if she’s wondering the same thing about you.

It’s not as painful, but it also sucks to be on the other end of jealousy. Having to carefully pick your words when talking to your girlfriend about where you were, who you were with, and what you were doing, is a real chore. Now, it sucks to have to watch what you are saying because you are actually stepping out and doing bad things. Few things in life will age you faster than always having to lie to people you care about because you are living some form of a double life.

I have been a cheater a few times in my life. In most cases, cheating is not worth it. Yea, it’s exciting to sneak around meeting up for secret rendezvous with a beautiful woman who is off limits for one reason or the other. And the sex is usually much better when there’s a threat of getting caught and having to do it in places and times out of your norm.
A cheating relationship is stripped down and more in the moment. You worry less about money and wasted time, and the woman usually has less reservations sexually. She can be the freak with you that she can’t be with her husband or boyfriend. And Ironically, you both can be more honest with each other as you both aren’t thinking in the long term. In writing about this, I must admit that part of me truly misses the fun of cheating. I don’t miss having to think about what I say all the time though and hurting people. That’s what makes it not worth it to me.

So it’s one thing if you are cheating and your girl is on to it, and you are doing your best to hide it from her. You’re paying the price for the fun you’re having and maybe enjoying being deceitful to your girlfriend or wife. She, in your opinion, may be deserving of your cheating for one reason or the other. Maybe she has cheated on you in the past. Maybe she never gives you sex. Maybe she just treats you poorly and doesn’t appreciate you for all you do for her. It could be too, that you are just a selfish prick who doesn’t give a shit about her. Whatever the reason, you are cheating, and she thinks so, and things are bad.

BUT WHAT IF YOU ARE NOT CHEATING ON HER?
When you have to do extra communicating because your woman suspects you of two-timing, it sucks. It sucks extra though when you’re not cheating on her. You are a saint, sitting on your hands and being good while she’s steadily accusing you of adultery. At first, you didn’t mind. It was nice to know that she gives a shit about you and the relationship. It was kinda fun talking her “off the ledge” and convincing her you weren’t two-timing. Maybe she’d eventually say she was sorry for thinking that and give you a blow job and let you watch ESPN in peace afterward.

It’s time to do something about this. She’s gonna have to stop this shit, or you’re going to have to cut her loose. You don’t want to break up with her. Other than her unprovoked jealousy, she’s a pretty good woman for you. So, what can you do? You can’t just keep defending where you’ve been and who you were with. You’ve got to get her to stop thinking you are cheating on her. The first thing you have to do is figure out why she thinks you’re being unfaithful. The real reason and not the bullshit reason she gives every time.

1. She was cheated on by you – OK, you were younger, and the relationship was new. You cheated on her and she caught you. That sucks. It doesn’t matter to her that it was a while ago and she knows how sorry you are and how wrong you know it was. She can’t let it go, even though you have expressed to her, with great abundance, that you will NEVER do it again. This is tough to overcome!

2. She was cheated on by someone before you – Sure, this has nothing to do with you. The guy before you was a cheating asshole and it’s not fair that you have to pay for his infidelity. You never cheated on her, and you’re not an asshole. But that doesn’t seem to matter.

3. Your lifestyle could easily allow for it – Maybe you travel a lot for your job or do yoga and have a lot of beautiful women around you. A lifestyle that has a lot of unaccountable time and/or has other women in it can be viewed as an irresistible environment for hanky-panky to some.

4. You are secretive and not talkative – When you first met, she was attracted to your “mysterious” and quiet personality. Now she thinks you are hiding something from her. Some guys are quiet and non-revealing, and you are one of those. That doesn’t mean you are a cheater.

5. You are a good looking and together man – You’re welcome. Some women think so highly of their man that they are insecure about their ability to keep him. Just because you are now in a long-term relationship doesn’t mean you are going to let yourself go. “Fat and happy” isn’t something you ever plan on being, so you still make quite an effort to look and dress well. Your girlfriend or wife is intimidated by that and may think that is a form of putting yourself out there.

6. She doesn’t feel as good about herself as she did before – We all know the truth. A high percentage of women gain weight when they get in a long-term relationship. Don’t shoot the messenger but chances are your girlfriend or wife has put on a few elbows since you got together. You may be completely ok with that extra ten she puts on, but she isn’t. To her, you don’t want her as much because she’s fat and you want a skinny bitch.
The truth is you’d probably like her to “drop the chalupa” every once in a while and get back to that yoga class she says she used to always go to, but that doesn’t mean you don’t want her anymore. And it certainly doesn’t mean you’re going to go out and cheat on her.
Weight gain isn’t the only thing that could be affecting the way your woman feels about herself. She could feel different after having a kid or two, or maybe she just feels old. Whatever the reason, she’s taking out on you by thinking you are cheating.

7. The sex between you isn’t very good – There are peaks and valleys in every sexual relationship. In most cases, it’s the female whose sexuality wanes at times but not always and not when a couple gets older. Some view lesser sex as a sign of cheating. Sometimes, that’s accurate, but most of the time, it isn’t. There were times in my case, where the sex was better when I was cheating. That can create a notion of stepping out too.

8. She is cheating on you – Ah yes; I saved the best for last. Cheaters and untrustworthy people will commonly think that their partner is doing the same thing as them. It’s every guy’s worst nightmare to find out that his woman is clocking his every move and scrutinizing his every explanation because she is, in fact, doing the cheating. OUCH!

HOW TO STOP THE MADNESS
The only way to keep your girlfriend/wife and get her to stop thinking you are cheating on her is to get her to identify why she feels that way. Not why she thinks she feels that way, but the actual reason. This may be hard to do if you guys are fighting about this issue a lot. And how can any discussion on the topic be productive if she has any thoughts of you trying to continue to hide cheating on her? Couples counseling may do the trick. Turning this issue over to a professional may just be the thing to let her know that you are serious. It’ll be good for her too to hear the opinion of a non-biased person. When you figure out the real cause of her insecurity, you may have to make some changes. You may find that you need to open up to her more or be more honest in what you want in life and the relationship. Whatever the situation, be willing to make the changes necessary but don’t lose who you are. If you are a trustworthy guy, then you must demand the respect and benefits that come with that.

If the time comes when you have exhausted all the cures and feel confident that you have done all you can do to keep her and she still doesn’t trust you, then it’s time to do the right thing. Put her on her bike and push! 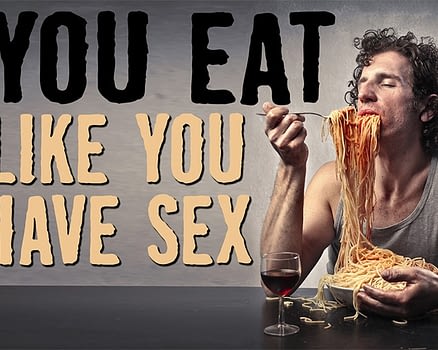 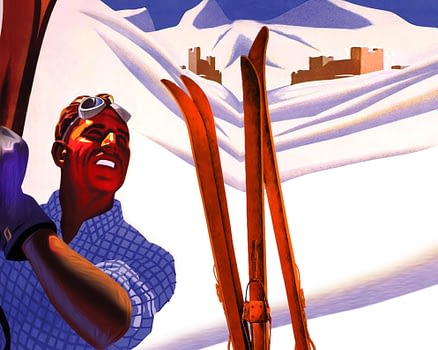