I had a girlfriend who used to make fun of me when I ordered a coffee at Starbucks. “Let me get a grande two pump mocha latte”, I would ask. She would repeat my order in a girly voice and laugh. I would put up with it because she was funny and smart and very sexual. Despite my agreement that it was a non-masculine coffee order, I kept getting one because a chocolate coffee with steamed milk is fucking delicious.

Getting ridiculed for ordering a girly coffee by a female worked out well for me as my girlfriend, and I would always go have sex later, and I could show her I was a real man. We both knew why she made fun of me and what the outcome would be so it was more than all good. Those were fun days, but I must say that I don’t order ultra-specific coffees anymore. I mean, it never felt right anyway.

Women pay attention to everything guys do so just in case you don’t have a girlfriend who likes to make fun of you only to make the sex better later, here’s a guideline for ordering a more manly coffee drink.

SOME GUIDELINES FOR ORDERING A MORE MANLY COFFEE

Starbucks dominates the retail coffee market. If you’re a coffee drinker and don’t live either way out in the country or the ghetto, you’re going to a Starbucks probably semi-often. Years ago, when I started going there, I was annoyed by how they named the sizes of coffees. It’s not small, medium, and large as it should be in America. Instead, it’s tall, grande, and venti. These are silly names.

At Starbucks, tall refers to a small. What? That’s like naming your great Dane dog, “Tiny”. I guess I get it. Maybe it makes you think you are getting a bigger small drink. The medium size is called a grande. This is confusing as grande means big or large in Spanish and Italian. So a medium is really large? Whaaaa? The worst of all is them naming a large as a venti. Venti in Italian means twenty. This might make sense if a Starbucks large was twenty ounces, but it’s twenty-four. Not close enough.

I bring Starbucks sizing names up because it lends to your order not sounding manly. The first couple of years I went there, I would just say a small, medium, or large for what I wanted and they always miraculously knew what size I wanted. It was manly and rebellious, but I eventually caved by the pressure of social acceptance and started calling for talls, grandes, and ventis. So, if you want to order in a manly way, tell them you want your venti coffee in a large.

Let’s face it. These are not manly sounding coffee drinks for English speaking Americans. But they are fucking delicious, so we may have to bite the bullet and order them. Your man card probably won’t get pulled if you order one of these as long as you don’t give too many specifics. Asking for a medium late A (redneck accent) is ok, but a grande skinny two-pump mocha almond latte is not.

Plains cowboys would drink caffeinated mud water out of an overused and uncleaned tin cup from some guy named “Cookie” they didn’t like. They called it coffee. That’s manly. Spending eight words to describe your single coffee order is the opposite of that. Limiting words like vanilla, mocha, caramel, pump, half, almond, two percent, skinny, nonfat, whip, flat white, light roast, leave room, foam, and white chocolate is a key to a more manly sounding coffee.

I want to disclaim something here. I’ve got nothing against most of these custom or boutique coffee drinks. They are tasty, beautiful, and expensive and I’m cool with all of that. But let’s be honest. They are not at all manly. I don’t feel like a man when I sip some custom coffee drink from a stemmed glass mug and get whipped cream and caramel on my mustache. Here’s my short list of manly coffee drinks.

Certainly, we live in a world with tons of options for everything. That’s cool. However, manly choices are often the simple ones. We are supposed to put up with things better and not be as concerned with as many specifics and smaller nuances. This is why you look and feel more like a man when you order just a simple coffee. 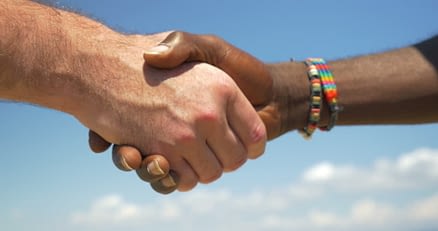