There are a lot of choices for beer. Every town big and small has cool breweries where you can go drink their beer and hang out while playing games or listening to live music. Some of these breweries are awesome to go to and their beer is delicious. They will have themed names and the beers are custom made with different complex flavors, colors, and alcohol percentages.

Because of all of these brewers, almost every bar you go to now will have a hundred choices for beer. This will bode the question, “What’ll you have?” It wasn’t too long ago that you would go into a bar or a store and only have a couple beer choices, as Anhesher Busch and Miller owned the market. Not anymore. Now you can support local beer makers or have favorite national microbreweries and avoid the boring Bud Light almost entirely.

WHAT SOME BEER CHOICES MAY SAY ABOUT YOU

You can learn about the differences in the types of beers elsewhere. Here’s a list of some beers and the kind of guy that drinks them:

BUDWEISER – With this being the most popular beer, there’s more than one type of guy that drinks it.

Redneck – Rednecks try to be simple men. They fear God, have a limited wardrobe, and despise complexity (unless you’re talking about fishing or hunting equipment). Most rednecks don’t really like Budweiser but are forced to drink it to avoid ridicule.
Cheap Guy – The cheap or broke guys drink Budwieser because of its price point. Sure, they drink other, cheaper beer when they can, but will default to Bud when purchasing for get-togethers as whatever else is on sale could be too obscure.
Nostalgia Guy – Some really don’t give a shit about beer, but Budweiser is what their dad or uncle used to drink so they’re just carrying on a family tradition.
Japanese – Japanese people love Budweiser and I have no idea why. Maybe it’s because they are used to drinking that horrible Kirin or sake.

MILLER LITE – Some guys just want a beer that they can drink more than a few of and still function. They don’t want to spend a lot or look “crafty” by having a deeper-colored beer in front of them at a bar. When some rednecks move to a bigger town, they might change over to Miller Lite as it’s slightly more cosmopolitan than Budweiser.

CORONA EXTRA – Drinking a Corona means you like a laid-back or beachy lifestyle. It shows that you are willing to spend a little more for a beer and want a little more body than a soulless Bud or Miller product. Guys who drink Corona are more likely to order tequila shots later.

HEINEKEN – Some drink Heineken to make them look a little more worldly. They feel that Germany is synonymous with beer and the Germans make good stuff so the beer they drink is quality. They don’t know that Heineken is really from Netherlands. A commercial once told them that this over-carbonated beverage tasted good so they are determined to believe it. Oh, and the bottle is green, which is cool.

GUINNESS – For many, Guinness is their first real transition away from Budweiser or Miller and into the world of heavier and tastier beers. You might see a guy in his twenties or thirties drinking and loving Guinness for a couple years and then moving on to something else. The only lifelong drinkers of Guinness are Irish. It’s a law or something with them.

DOS EQUIS, MODELO, or TECATE – These are for guys who are either anti-Coronians or want to look more authentic while eating chips and salsa. These Mexican beers are inexpensive, balanced, and tasty, but that’s not why some drink them. They are just connecting them to Mexican food.

KIRIN, SAPPORO, ASAHI – Your girlfriend wants sushi, so here you are drinking one of these Japanese beers. The beer is horrible, but that’s ok as these restaurants never have other options, so you and every other guy at the sushi bar are in the same boat. Everyone knows you only made this poor beer choice because sake is almost undrinkable.

SAMUAL ADAMS – There will always be a special place in my heart for Sam Adams beer, as they were the first big microbrew to help break up the US beer monopolies. I used to drink Sam Adams in the nineties as a “fuck you” to Anheuser-Busch and they were tastier and cooler than Coors was. Today, SA is a huge brewer and has lost a lot of its original identity and product inconsistencies that are prevalent in most small breweries. At this point, I’d say guys drink Sam Adams when they don’t want to have just a Bud Light in front of them but also don’t feel like braving a microbrew that they don’t know about.

SIERRA NEVADA – This is a good, solid choice for a guy who maybe knows some about beer. A good choice if you are out and want to make sure to order something respectable.

LAGUNITAS or STONE BREWING CO. – When you order beer from one of these brewers, you are showing that you have more than just a passing interest in quality beer. There are a few brew companies who are bigger than local and make awesome beer. Enjoying this level of brewing shows sophistication.

Local Brews – Welcome to the world of hit-and-miss beer. Some of the best beer of your life will be a local brew. Others will be a pint of unfinishable fail. Ordering local beer is cool though, and says a lot about your sense of community. Ok not really, but it’s always nice to support your fellow townsmen even if they suck. Local breweries are great opportunities for you to try crazy, over-the-top beers. Sam Adams or Sierra Nevada can’t chance mass-producing jalapeno cucumber pork rind beer, but your local guy can try a batch. And it may be a hit.

Everything we do is a representation of who we are, so the next time you order a beer, ask yourself “Why did I order this?” Then guess how others may interpret your choice. Hopefully you won’t give a shit what people think, but it’s still interesting. 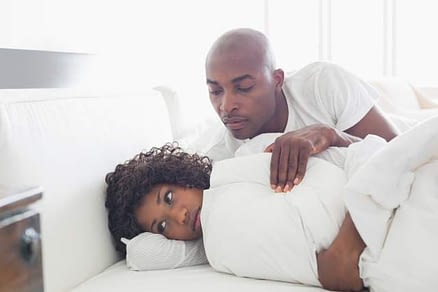