You may not be able to “handle the truth” but there was only room for ten on this list so badasses like Colonel Nathan Jessup (A Few Good Men) didn’t make the cut. Death Wish grantor Paul Kersey (Charles Bronson) and John Rambo couldn’t draw any blood here either but just know they were strongly considered. So, following many hours of extensive research and careful but manly consideration, I present to you the ten manliest movie characters of all time.

As a lover of westerns, John Wayne absolutely had to make this list. Out of the 142 movies made with Wayne, Ethan Edwards may have been the manliest. Edwards isn’t as animated as Wayne’s characters Rooster Cogburn or McLintok were but he was a more realistic man. If you haven’t seen The Searchers, I recommend it. It’s a solid western.

I’m only a moderate fan of Liam Neeson. He’s a good solid actor but somehow, he has become one of the tough guys of film and I don’t know how that happened. In Taken though, his character is a straight up badass. The movie is good because when the guy’s daughter gets abducted, he’s just calm and it doesn’t seem like he’s going to be able to do much. After a while though, you realize that this guy Mills is gonna do whatever it takes to get his little girl back and has the skills and backing to do so. The first Taken is good but don’t go out of your way to see the sequels. I remember going to see the second one at the theater. When the movie was over, I felt like “I” was taken. For twelve bucks.

If you’ve never seen Jimmy Cagney in a movie, check him out. He’s a pretty over the top tough guy character. Personally I voted for Rocky Sullivan to be on this list because of the way he mans up at the end of the movie.

There are a few very manly characters in this movie, but none were as tough as Dutch. Arnold’s role in Commando was strongly considered but Predator was a better movie overall, plus Dutch figures out a way to kill the Alien hunter which is pretty damn manly.

We wanted each actor to only have one movie character on this list so when it came to Denzel, the choice was between Training Day and Man on Fire. If this was a top eleven list, John Creasy (Man on Fire) would have made it. Training Day was just too good a movie and Alonzo was way too manly a character to refuse. After all, “King Kong ain’t got shit on him”.

There are some guys you meet in this world who are just inherently manly. You can’t fully understand it, but you are drawn to it. Luke Jackson is the perfect depiction of this. In the movie, he’s not a very big guy. He doesn’t talk a lot of shit and has no real accomplishments. He’s not a known ladies man and he gets his ass kicked in the only fight he gets into. So what makes cool hand Luke so damn manly? Well it may be one of those “If I have to explain, you wouldn’t understand” things.

What can I say that hasn’t been said about this super manly character? A Roman general whose family is killed so he then becomes a fighter slave in anonymity. Note: We decided to pick Gladiator’s Maximus over the 300’s Leonidas because Gladiator is a better movie. And I’m pretty sure the Spartans didn’t have access to steroids and posing oils. Jus’ sayin.

Very few characters come close to the manliness of Josie Wales. His ability to survive the many assholes trying to kill him would’ve been enough to qualify for this list. But Wales was so much more than that. His strong sense of good and bad, caring for those that mattered to him, respect for his equals and opponents, respect for women, fearlessness, and stubborn loyalty to his cause made him a super cowboy man. Add a couple tobacco spits on a growling dog and you get to number three on the manliest character list.

Even as a little boy, William was a tough hard kid. Then he goes with his uncle to other lands and becomes familiar to the cultures of war and who knows what else. The public execution of his new wife by the controlling English set him to task. Wallace’s intellectual rage and knowledge of warfare turned his enslaved peoples into unstoppable armies, eventually propelling the Scots to their independence. Wallace makes number two on this list because in addition to freeing his country, he also manages to knock up the King of England’s only son’s wife. It’s pretty high on the manly scale to free your people and seed their former ruler’s willing princess

I didn’t necessarily want Bond to make number one on this list but honestly, what choice did we have? James Bond is easily the manliest character in all of movie history. With twenty-six movies over a span of fifty-five years, nobody even comes close. Bond can do everything manly. He is worldly, loyal, confident, knowledgeable, relevant, motivated, respected, highly capable, in great shape, good looking, smart, charismatic, and on and on and on.

The only real question about the James Bond character is “which actor was a manlier Bond”? I’ll cover that in a separate article. 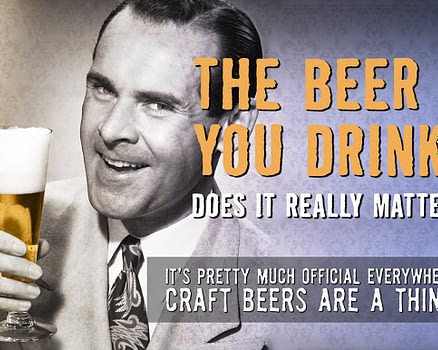 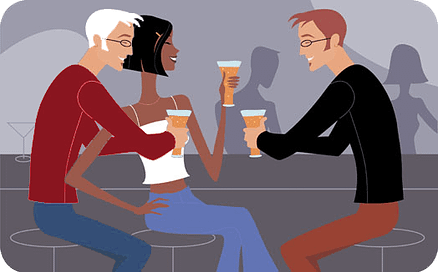