I’m definitely a fan of polite society. Imagine anyone being able to say and do whatever they wanted in our society? This place would be unsafe and an offensive shithole. Even if we allowed what people do behind closed doors out in the open, it would be entirely unacceptable.

Some cultures in the world are more offensive than others. Our globe, in fact, has thousands of human cultures. They range from super polite all the way to downright offensive depending, of course, on the culture that one belongs to. Here in the US, we have many cultures as we are a melting pot for the world. And any bigger city can be rich with many different types of people with different cultures and levels of rudeness and politeness.

TO SWEAR OR NOT TO SWEAR

As an American male living in Orlando, Florida for most of my life, I have had the option to say potentially offensive profanity. Most people I know have this option unless they have suppressed themselves for some reason. When it comes to business (your job) or when dealing with an old person (someone 15 years older or more than you), it’s a good idea to not swear. At least until you know that it’s ok to do so.

When I’m first meeting someone and we are getting to know each other, I’ll wait a little while and then will always throw in my first curse word in the convo. I do this to start becoming real to the person I’m getting to know. Most people in our culture will start off with a high level of politeness in order to make sure and not be offensive to people they don’t know well. Eventually though, as we get to know one another, we will start showing more of who we really are. Using a swear word is the beginning of that process for me.

7 GUIDELINES TO USE SWEAR WORDS

Profanity is used best when it emphasizes a description or point someone is making. I have always had a knack for using curse words well. If you swear in the right way, others may trust you more, it might make you funnier, and it can make you a better storyteller. Conversely, if you swear poorly, others may be offended, think you’re an asshole, and may consider you an uneducated moron. Here are seven things to consider when swearing:

1. Use profanity sparingly in the beginning

There is no way to tell who will be offended by what you say until you get to know them a little. Always start off getting to know someone by being more polite than you normally are. This means not swearing at first and keeping the topic off of questionable things like politics and farm animal sex (just making sure you’re still reading).

After a short while, you can introduce a simple shit or asshole or fuck to the conversation then see how they react.

When I’m talking to most of my old guy friends, the reality is that about every other word out of our mouths is profanity. We don’t even notice and that’s ok cause we have some history and talk any way we want to each other.

Swearing too much at the beginning of getting to know someone can be bad though. You may want to “keep it real” and all, but it’s not a good idea to sound like a drunk sailor too soon. That may suggest you have no manners and are low quality, dirtbag.

One of my favorite rap lines is by Willie D from Ghetto Boys, “You ain’t never seen a motherfucker kill a motherfucker like a motherfucker named ‘Willie D’, motherfucker”. This is definitely an example of swearing too much, so unless you’re a dope rapper with a strong fan base, keep your curse words limited.

You may have some really entertaining explicit sex or body function stories, but you must first get to know your audience before being gross. Even if you know someone really well, they may never want to hear some obnoxious and distasteful story about that donkey sex show you once saw when you were in Mexico.

Equate your swearing with expression and not vulgarity. You don’t want to try being funny and entertaining by cursing with off-color content and end up just looking like a creepy sexual deviant.

4. Never call a female a cunt

I’m talking about being in the US here. Apparently, in England, the word cunt is no big deal. It sure as shit is here though. My ex-wife was the nicest and most level-headed woman I have ever known, but when I called her a cunt during a fight once, she quickly lit up like a Christmas tree and lost her shit. I never called her a cunt or any other woman one since. That’s not to say that I don’t think some women are cunts. Certainly, some are, but American women are way too offended by it.

Based on your personality, you may not agree with me on this, so I want to add that any woman that you ever call a cunt will never forget that you called her one. This is a powerfully offensive word worth avoiding. It’s the equivalent to a female calling you a coward or a putz. See what I mean? This is not a good way to use a swear word.

5. Use curse words when being demonstrative

Using swear words expressively during key times in a conversation can be quite entertaining. Describing someplace as a filthy mess might paint an unclean picture to the listener. But if you call the same place an absolute shit-hole, that may take the listener to more of an emotional state of understanding.

Showing some extra emotion when using a curse word will give it even more pop. Like when Marcellus Wallace noticed Butch in his car in “Pulp Fiction” and said, motherfucker!. That is a great example of properly expressing curse words.

6. Be aware that some religious people are offended by the word goddamn

To me and most, using goddamn is not a big deal. It’s not even one of my favorites to use except like when Rockhound calls their situation “ a goddamn Greek tragedy” in the movie Armageddon.

Some religious people are super offended by this though. I’m not sure if it’s worth making sure you first know how someone feels about the word before using it, but it’s good to be aware that this relatively mild swear word could make some think negatively of you.

7. The less you swear, the more effective it will be

I’m not a good example of this as I swear a shit-ton. If you aren’t used to using profanity much, it is best to go with the less is more approach. Swearing too often waters down profanity’s awesome social effects. So, when in doubt, go for quality over quantity.

THE KING OF ALL CURSE WORDS FUCK

Fuck is my absolute favorite word in the English language. I use this word every day in almost every way that it can be used, which is a lot of ways. I seem to have a knack for using this word but some don’t. Some guys struggle with properly using the word fuck.

Being demonstrative can do a lot of good things for a guy. It can show that you are passionate, have an ability to express yourself, display vulnerability, and be confident on how you feel. Using the word fuck to properly demonstrate more emotion and describe stronger feelings will make you a better storyteller and generally be more entertaining. Certainly, when you describe a guy as an asshole, your audience will know what kind of guy he probably is as we all have assholes of all types in all of our lives. But when you say he is a fucking asshole, now you are truly evoking some emotion in the listener.

Using fuck as an adjective or adverb is a great way to really drive the thought home. Here are some of my favorite ways I use the word fuck.

Using fuck sparingly is best. You don’t want to water down its demonstrative effect. When you really want to make a point, show that you truly don’t give a fuck by saying Fuck. 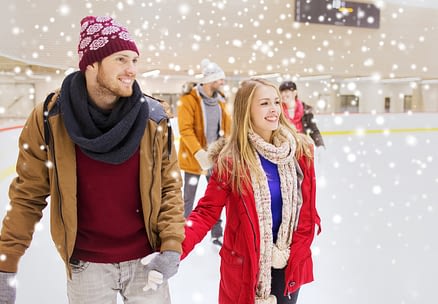 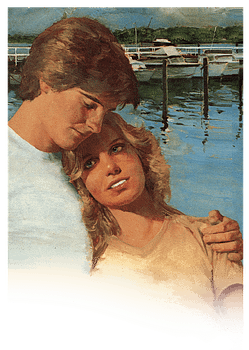