Let’s be honest here. The average American male doesn’t get into many physical fights. Sure, many have gone through a phase in life where they probably drank a lot, were much younger, and got into a couple fights. And let’s continue to be honest. Most fights aren’t very impressive. Fights normally last less than twenty seconds and it’s rare that someone gets badly hurt. Let’s looking into how to survive the fight and maybe avoid it all togher.

The typical physical fight often begins with a sucker punch that connects but doesn’t have much power to it. The guy who got sucker punched survives being hit. Then there’s usually a few strike attempts before both guys embrace and fall to the ground. After fifteen seconds of wrestling void of any technique, both guys are exhausted and the fight ends.

Only a very few guys continue to get into fights past their “fighting stage” in life. Most of us leave that bullshit behind us and find other ways to battle out our egos with our fellow man. The potential for a fight continues to exist though throughout our lives. It doesn’t matter how old you are. Some asshole teenage or older kid can come along and not want to put up with your “old man” bullshit and be O.K. with knocking your old ass out.

As a kid, I hung out with some real characters. One was a kid named Joey Smits (yea that’s not is real name). When we were in high school and didn’t have cars yet, we would walk to school. On the way, there was this house that had these decorative pots in the front yard. Sometimes, on our way to class, Smits would kick the pots over as we walked by. The next morning, the pots would be back upright as the homeowner would put them back up.

One day, on our way to school, we came by that house. Smitty was walking up in the yard to once again kick the pots over. When an old man came out of the house and confronted him. “What are you doing up here in my yard?”, the old man asked in an old guy voice.

“I know what you’re doing. You’re the kid who keeps kicking my pots over. I’ve been watching you do it and you need to stop”. The old man was civil and somewhat frail but he was kinda pissed.

As Smits was walking back to the sidewalk, he returned with “fuck you, old man” and us kids (there were three of us including Smitty) laughed.

“Well if you do it again, I’m gonna kick your ass,” said the old man with a now louder and sterner voice.

Smitty was a cocky kid who just discovered weight lifting. His body responded well to it and he had a pumped-up body along with a pumped-up attitude. “Oh yea? Well how bout’ now then” he said as he turned around and headed back toward the old guy. The situation went from funny to tense in two seconds for us all. My heart started beating faster. I know Smitty. He didn’t care that this was an old man. I knew I was about to watch an elderly man get knocked out. My young male brain didn’t feel right about that.

I thought the old guy would be afraid but he wasn’t. As Smits walked toward him, he took a couple steps forward too. As both stood, squared up to each other Smitty says “Ok old man. Let’s see what you got”. They stood there still for a few seconds which seemed like a minute. Then Smitty said something else to him and laughed but the old man didn’t smile. Instead, he adjusted his distance and with his stiff old body, drew back a little and came forth with a right hand that hit Smits in the face. It knocked him right to the ground.

The fight was over as Smitty got up and just walked back to the sidewalk towards us. Not a word was said as we all walked away. The old man just stood where he was and didn’t say a word. For the next couple weeks, Smitty would occasionally bring up the old man and say how he was going to go back and “knock his old ass out” with his newly acquired brass knuckles. But he never did. And he never kicked those pots over again. None of us ever did.

A COUPLE TIPS FOR MAKING IT THROUGH A REAL WORLD FIGHT

Let me just first say that I’m not a fan of fighting. I mean, sometimes it’s unavoidable and rarely it’s necessary but I think doing what you can for it not to happen is the way to go. With that said, these tips are NOT for the aggressor.

If I could only give one piece of advice here, it would be this. I don’t like the sucker punch. I think it’s cowardly. Guys choose it though for a few reasons. The biggest reason is that they don’t have confidence in their fighting ability, so they throw a punch when the other guy’s not looking. A lot of guys will tell you that that is their plan every time they get in a fight. It’s not just decided at the moment. It’s their plan. They are looking for the opportunity from the jump.

Learning to try to avoid the sucker punch requires a couple of important things, awareness, and respect. Guys get sucker punched for two main reasons. One is they didn’t know the other guy was at the point where he was ready to fight or going to get physical. T put themselves in a position where they could get sucker punched. Meaning they turned their bodies away or stopped paying attention to their opponent.

If you are not a fighter or don’t train in martial arts or are too drunk, it can be hard to tell when the other guy is at that point of fighting. There are some assholes who will just walk up to you and punch you in the face just because, and you can’t do anything about that. Most of the time though, a fight is the result of a build-up of some kind. During that build up, when your mind starts thinking that this guy may want to physically fight, that’s when you start keeping a constant awareness of where he is in reference to where you are. Keep at least a peripheral site of him and know what’s behind you at all times.

And make occasional eye contact with him. The sucker puncher is looking for a lull in your awareness of him. A quick lock of the eyes breaks his “honing in” on sucker punching you and shortens his mental window of opportunity. Remember, his intentions are cowardly so he needs you to stop being aware of his potential intentions.

Keep your head up

This can be tough because it’s almost counterintuitive when someone is swinging at your head. Your mind will tell you to cover up so you can protect yourself and that’s, of course, a good idea. But if in covering up, you can’t see any strikes coming toward you, then that’s bad. That’s how you can get your ass kicked.

Think of it in terms of a hockey player fight. Youtube some of them and you’ll see two guys holding on to each other with one hand (because they are on ice skates) and punching with the other. Notice how the winner of the fight is always the guy who keeps his head up. The hockey player who tucks his head down for protection always gets the worst of it.

Keeping your head up does two big things. It allows you to see and thus avoid your opponents blows, and it allows you to hit him back. Covering up just leaves you kind of a sitting duck.

So you are about to get into a fistfight. You are either really pissed or secretly scared. Your brain may be on fire. At that point, seconds can be like minutes, but try to pause your brain for a quick second. Give yourself a slow longer breath and level off your emotions. Doing this will make you breathe a little better and loosen your tense body some. You’ll then be burning less energy and your body will be able to move better.

A more level head will allow your mind to work better and you’ll make better decisions. You may even be able to figure out how to avoid the fight completely with everyone “saving face” and egos intact.

Show and have respect

The head of my martial arts organization used to say “karate begins and ends with respect”. There is a lot of depth and complexity to this but in terms of surviving a common life fight, it applies very basically.

Often times, a genuine presence of respect will migrate to the other guy. A high percentage of these physical fights are the result of a lack of respect in some form or another. Injecting genuine respect usually squashes the need to punch each other. The respect must have a broad stroke. Your respect must say “Hey if this is going to be a fight, then fine. I’ll be giving it all I’ve got to take your fucking head off. But I don’t have to fight either”. Remember, respect is not a weakness.

When the fight goes to the ground (and it will), keep your limbs tucked in

I don’t pretend to know a lot about ground fighting as my training was from karate. If you know some ground techniques, by all means, take it from here. Generally, you want to avoid any joint locks of any kind by keeping your limbs tucked and holding the other guy in close to you.

In reality, the fight is between an insurance salesman and an accountant. Chances when the fight goes to the ground, you can just hold on to the other guy until you’re both exhausted (which will take less than a minute). You can now let the people around you break up the fight. It’s over.

Physical fights out in the real world between two men over the age of twenty-five is not common. Our society doesn’t really tolerate violence, so that’s part of the reason. Fighting can be kinda fun as it makes you feel super alive or you gave it to someone who was really asking for it and it felt great. Like you righted the universe in some small way.

I’m not a fan of fighting though. It can make you look like an asshole to your girl and it can be expensive. A guy that I know got in a fight last year and lost a tooth. It cost him three thousand dollars in dental work. That’s more painful than a good straight right. 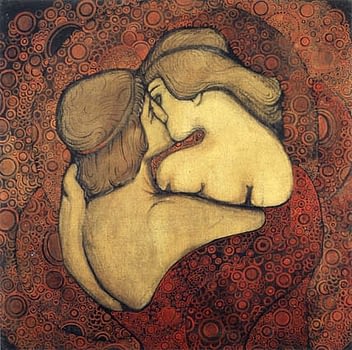 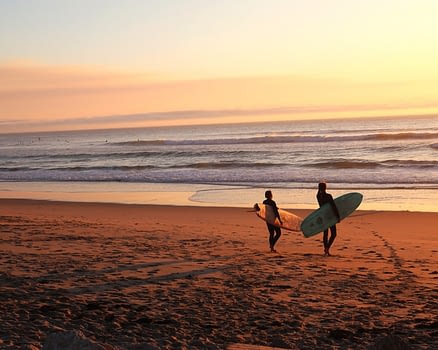