Way back about a hundred years ago when I was married, I didn’t even think about my underwear. I wore whitey tighties back then, which were white trunks. I would buy whatever cheap brand there was, like Fruit of the Loom or Haines, and be done with it. The only concern I had for my underwear was if I had any stains on them. Did I have yellow stains in the front from urine dribble or the famously known brown “skid marks” in the back?

During my divorce and while in my thirties, I started dating, and I remember the first girl who I was potentially going to have sex with beyond my failed marriage. We were out drinking and she asked me what kind of underwear I wore. Her question was the first thing that made me aware of this underwear situation. In a bit of a mini-panic, I played it off and didn’t give her an answer. I sure as hell wasn’t going to confess wearing whitey tighties.

The very next day I was doing research on what kind of underwear guys wore. I wasn’t sure what I should be wearing, but I did know that when the time came to get naked with a beautiful new woman, I wouldn’t be sporting my year-old white Fruit of the Loom trunks. A couple days later, I bought some boxers and was feeling a lot more up to date.

It was years ago when I had that “what underwear should I have” crisis, but it’s still very important to me, so here’s what I think.

4 REASONS WHY WEARING THE RIGHT TYPE OF UNDERWEAR IMPORTANT?

I’m gonna be frank here. The kind of underwear we men wear should be important to most of us. Not all, though. Some guys are married or in committed relationships and they don’t have much sex. Their wives or girlfriends have grown too fat and too weary for their man to want to fuck them anymore. Also, and maybe at the same time, the husbands or boyfriends have become too out of shape and boring for their women to want to fuck them.

Now, if you are a guy who is still having sex or still wanting to have sex. If you have someone long-term in your life who you still have sex with or there’s someone new you may be having sex with. Or if you don’t really care about sex but do want to look good when you are drunk dancing at home in only your skivvies in front of a mirror, then read these reasons why good underwear is important.

1. Makes you look better during times of intimacy

Depending on your body type, the right drawers will make you look much better. Remember Chris Farley in the movie Tommy Boy when he was wearing the white briefs? It was meant for him to look funny, but even with his giant stomach, a pair of boxers or boxer briefs would have made him look much better.

Just knowing you’re wearing nice underwear can change your attitude. And better-quality materials feel better. Silk feels amazing! You also feel better knowing that if something unexpected happens during your life, like a car accident or an impromptu skinny dip that leaves your pantsless, you’ll look clean and well-fitted.

3. Says good things about you to your new or old partner

Think about this in reverse. The type, how they fit, and what color panties tell a lot about the woman wearing them, right? Same goes for us. Clean, well fit, and contemporary underwear tells her good things about you. Even your wife of thirty years will appreciate the effort and look of your nice underclothes. She may even start giving you oral sex again. Well, that and you buying her a new Gucci handbag.

Having nice, chosen, and up-to-date underwear doesn’t label you as a metrosexual. It’s fashion like any other outerwear you decide on. If looking up to date for your age when it comes to jeans and collar shirts and shoes is important to you, then don’t stop there. Look contemporary when you strip down too. It’s just as important.

THE DIFFERENT TYPES OF MALE UNDERWEAR

There are four main types of men’s underwear. I’m not going to list g-strings and bikinis here. If you want to explore your feminine side, by all means, go for it. I just can’t offer any information on that. And I’m not adding long underwear or jock straps either. You know when you need to wear those, and it’s not every day or when going on a date.

Probably the most common style today are the boxer briefs. They’re a longer, tighter underwear that can look good on different-sized legs and bigger waists. Boxer briefs are good because the tight fit allows you to put your pants on easier.

The other common style are boxers. These have an heavier elastic waist but are free-flowing everywhere else. Boxers are a good wear for any body type unless you are very skinny.

Trunks are just like boxer briefs except they’re shorter down the legs. This reduced covering of the upper legs can make a big difference on how they look on you, so because of this, they aren’t as popular.

These are the smallest of the underwear listed, as the material tapers up the outer part of your thigh so as to cover only your buttocks and genital area. This type of underwear usually requires a more in-shape body to look good, but a lot of guys make them work well with different colors and patterns.

SO THE BIG QUESTION IS, “WHAT TYPE OF UNDERWEAR SHOULD YOU BE WEARING?”

I ask this question to myself on a regular basis as I am getting older because just like jeans, underwear styles change. The answer to this question is based on two things: your body type and your personality. If you have a great, athletic body, then you can wear anything and it’ll probably look good, so you’ll only have to factor in your personality.

If you’re not in great shape though, you may end up choosing either boxers or boxer briefs as they both cover more of your body. Your personality may allow you to wear anything, though. Briefs worked for Chris Farley, although if you’re just fat and not funny, stick with something else.

Skinny guys should most likely stay with something tight-fitting. Boxers may make your legs look “storky.”

For the most part you should stick with solid colors. Dark colors hide more wetness from not giving enough shakes after peeing. Lighter colors could be better for you if you have super white skin as there’s not as much contrast.

There is a lot of underwear with all kinds of patterns available now. You can get anything from paisley patterns, battleships, cityscapes, dinosaurs, and sports teams, to the cosmos with UFO’s. Whatever you’re into can most likely be found on some underwear somewhere. Personally, I’ve tried wearing some of these personality panties and must admit they didn’t work for me, but I think it’s cool though.

Underwear covers some important parts of my body, so for me, the material they are made of matters. The choice breaks down into two considerations, man-made synthetic and natural materials.

Natural fibers– These are still the most common materials used for men’s underwear, but the man-mades are gaining in popularity. Naturals include cotton, bamboo, hemp, wool, and silk. Cotton is versatile and inexpensive and is good for comfort. Cotton holds moisture, so that can be bad if you are doing something super active. Also, cotton doesn’t hold up as long as some of the man-made alternatives and can retain smell more. There are all kinds of cotton types for underwear including combed, organic, and prima.

Bamboo and hemp are good but you’ll pay for them. Wool underwear is supposed to be awesome for comfort in more extrem temperatures, and good for smell issues. When I went to Europe, I bought some expensive wool underwear (around $50 per) because I wasn’t sure how long I was going to have to wear them in between washes. They worked ok, but I don’t think they were worth the money.

Silk underwear gives you quite a feel. It’s worth it to at least try a pair, although I couldn’t see wearing them all the time.

Man-made synthetic fibers – Man-made fibers are widely used for performance underwear. They include polyester, rayon, satin, acrylic, latex, and spandex. These materials wick moisture away from your body, expand well, are durable, quick drying, and can be hypoallergenic and anti-microbial. The disadvantages are they don’t feel as good and won’t adjust to temperature changes for your body as well as natural materials will.

I have tried every combination of materials for all performance-type underwear during different types of activities and hard labor. Personally, I like cotton over any of these synthetics, but that’s one guy’s opinion. You should try out all kinds of active underwear to see what you like best.

I can cover all the particulars on the different types of underwear, but there’s one thing as men we all consider: the way your package looks. It doesn’t matter if we are fat, skinny, muscular, weak, tall, short, white, black, or something else. And it doesn’t matter whether we are gifted, micro, all meat and no potatoes, all potatoes and no meat, a shower not a grower, or a grower not a shower. We want our junk to look good in our underwear.

As far as this goes, there are many different ways the crotch is designed depending on the underwear manufacturer. It doesn’t matter much with boxers, but the others wrap the genital area. So the only way to tell if your package will look good is by buying them and trying them on. This may be an expensive process but can be worth it if you can lock down the perfect boxer briefs that make your manhood pop. Just sayin’. 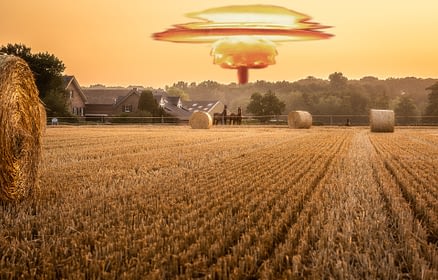