Let’s be honest. For the vast majority of us, the thought of dying sucks balls. Unlike any good or bad thing that has happened to you where you could recover, death is entirely final.

“The dead only know one thing. That it is better to be alive”.

Death best stated by the “Joker” in Full Metal Jacket

Death is unavoidable. Not one single person will stay alive forever. My dad used to always say, “ain’t nobody making it out of here alive”. It’s just a matter of time for all of us. Kind of a hard pill to swallow, right? You’ll hear some people say they don’t fear death or they welcome it or something superior like that. I mostly think that’s bullshit. Most have a severe belief in some religion which causes a calmness toward death. Their expectation is of a better existence than this one after death. Some are looking forward to reuniting with passed loved ones. Some are excited about playing the harp in a white robe while cloud-floating for however long “an eternity” is. Then, of course, there are the guys who will be gifted with seventy-two virgins and like eighty thousand servants when they die. I side with most aboriginal people believing that death will just fold them back into the collective consciousness of the earth.

Fearing and avoiding death is a naturally hardwired instinct. There is simply nothing wrong with not wanting to die as it is who we are. Your death and mine is inevitable though, so with knowing that staying alive forever is not an option, the question is, “how would you like to die?”

For a man, being heroic up to and during death is probably a common fantasy for most. So when thinking of great ways to die, heroism will be present in most of them.

Here are 8 Manly Ways to Die:

1. Die to save your Family

Some will disagree but a man should sacrifice most things for his family. Of course, giving up your own existence is the ultimate sacrifice. It would be ideal for you to figure out how to survive while saving your family, but when it comes down to you or them, the choice is easy and can provide an awesome way to make your exit.

This may appear to be a too positive twist on dying a potentially painful and sudden death in front of your loved ones but consider the alternative. Consider making the choice of not dying and you live while some or all of your family dies. That would suck to the greatest degree. Your own death would be a much better choice.

2. Die doing what you Love

I clearly remember the day Dale Earnhardt died in the Daytona 500, crashing into the wall at turn four in the final lap. Personally, as a fan, I was devastated! I knew guys who didn’t go to work for the next week because they were affected by Earnhardt’s death.

After all of us grown men and women mourned his death for maybe too long of a time, we all admired the way he died. Dale Earnhardt died doing what he absolutely loved at the track he was absolutely the best at.

Back in 1994, Big wave surfer Mark Foo died surfing Mavericks in California. He was a great example of someone dying doing what he loved. His famous philosophy, “If you want to ride the ultimate wave, you have to be willing to pay the ultimate price” proved to be more than just cool macho words. They found his body a full two days later.

3. Die in a worthwhile Battle

I’m not talking here about getting killed over some rich guy’s oil rights, because that just sucks. There are many wars and battles that are necessary and make a difference in important things. To die as a soldier fighting for a solid cause is noble. I don’t like that most who die doing this are so damn young, but that is the way of war.

“It was a good death”

4. Die standing for what you Believe in

Having strong passion is definitely one of the things that truly define being alive. Passion can engage all the qualities of humanity. It can enable people to invent, discover, think, do, build, defend, and engage in all things.

Believing in something so completely that you are willing to die for it may not be healthy or beneficial for everyone, but it’s a great way to meet your end.

Blowing innocent people up as your exit because of what you believe in is cowardice and not a good way to die. Standing against something that ultimately preserves life and your views like that Chinese guy standing in front of a tank at Tiananmen Square in 1989 is the shit though. The tank doesn’t run him over but it’s unknown how long he lived after that. My guess is that the Chinese government didn’t let him live long after that but what an awesome way to go.

5. Die by achieving a Greater Consciousness

A hundred years ago, I read The Celestine Prophecy. The book itself was shit but it had this concept that if you can achieve a high enough level of consciousness, then you would disappear and enter into another realm of existence. This was only the first time I had heard of this.

As a yogi and somewhat open-minded guy, I have known a few people who believe this is a possibility. There have been a number of people who have disappeared while studying higher levels of consciousness. A recent example is this guy from Brazil who disappeared from his room after researching and writing about the existence of aliens.

If going “poof” once you achieve some high level of awareness is really a thing, then wow, what an awesome way to go!

6. Die after accomplishing an Incredible Feat

Have you ever done anything or had anything happen to you that was so impactful that you then said, “Now I can die”? I had a time in my life a while back where I said that and it was real. Of course, just because you have entered a level of contentment that allows you to state to yourself that you can now die, doesn’t mean you should die. But if you somehow did, it would be great timing for your death.

Some people are so focused on something that they spend decades with it. To finally realize a dream and then die makes for a perfect exit to your existence. I often wonder if it would have been better for him if Elvis died while young and on top. I mean, where could he have possibly gone after his youthful fame except downward? Remember, The great Elvis died of a drug overdose alone sitting on a toilet. Not at all an ideal way to go.

Ok, so there’s no longer such a thing as dying of old age as everyone’s death certificate has to have some detail of why we died. No one lives forever though and some people never get cancer, heart disease, a stroke, or any kind of disease. In truth, some lucky people have a long and eventful life, and then just get really fucking old and decide it’s time to die. This is what I mean here.

To die of old age means you didn’t suffer any ailment during your life that eventually killed you. You simply lived long and then died naturally. How truly awesome is that?

8. Die Peacefully in the presence of Family

My father wasn’t the greatest person or dad in the world, but he somehow had all five of his kids in the room when he passed. This may sound overstated but this could have been one of his greatest accomplishments. There was peaceful contentment to his death because we were all there. This is how I would like to go.

It is certain that we all take our last breath alone. Having the people around you when you cross over helps though. At least I think it does. Regardless, my father died well maybe only because his family was there. 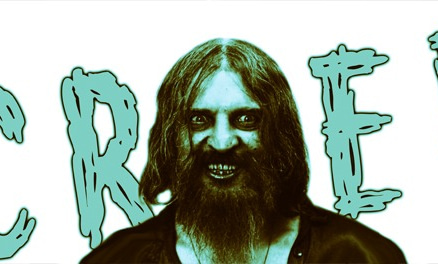 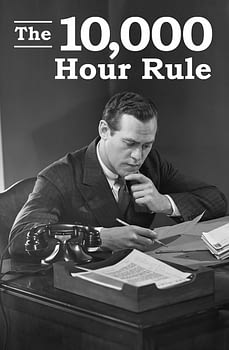