There are few things more manly American than Chevrolet Corvettes. They are super stylish and represent American muscle well. Corvettes have maintained greatly as a status symbol for financial success, having a really cool ride, and has been the quintessential car a guy buys for his mid-life crisis.

As an American man, the Corvette has been my go-to sports car. There are faster, more stylish, and certainly more expensive choices from Europe, but that doesn’t matter to guys like me. There is a love affair to be had for the fastest production car that is made in America and is easily the best performance value for the money. The German engineering of BMWs and Porsches may be slightly better, and the over-the-top styling ability the Italians have with Lamborghini’s and Ferrari’s cannot be denied.

I do love and respect European classics. If I were more richly worldly, I might prefer an old Ferrari Dino or timeless Porsche 911. Sure, had I been homeschooled on the family yacht in Monaco or partied like a teenager in Ibiza, I may have wanted to cruise around in an old Countach. But I’m a blue-collar American. I want an old big-block stingray.

If the time is right and you are considering getting an old Corvette, here are a few opinions on what to consider.

1. Be aware of retail red There’s nothing wrong with red-colored cars. I’ve had a red car, and some models are beautiful in red. But I wouldn’t have a red Corvette!

Back in the day, my sports and muscle car friends would all agree. They wouldn’t have a red Corvette. I’m sure some of you are asking, why? Well, because a red Corvette was synonymous with someone who wanted a Corvette just because he wanted a cool sports car or was having a mid-life crisis. That guy wasn’t a real car enthusiast, so he would always want a red Corvette.

No one really knows why guys not-in-the-know would want a red-colored Corvette. Maybe it was from Prince’s “Little Red Corvette” song, or maybe some female told him she liked red Corvettes. Regardless of the reason, a lot of guys have bought their first Corvette in red. They almost never buy their second one in red though. That’s because they learn. That’s where the term “retail red” was born. If you want to sell a Corvette to a newbie, it better be red because that’s what they will want.

In later years, Chevrolet started making really cool deeper, manlier red-hued colors for Corvettes and they are OK to get. I would only have a red-hued Corvette if it were a special edition with burgundy or something as the edition color. So, instead of getting a little red Corvette, maybe look at the colors of a particular era and pick one of those. Oh, and black is always an acceptable color for any year of Corvette.

2. Big blocks get hot Chevrolet put big block motors in many of their Corvettes between the years of 1965 thru 1974. In those years, you had a choice in getting either a big block or a small block. It’s cooler to get one on these cars with a big block. I mean, this is America where bigger is better. But big block motors get hot though.

Back then, cars didn’t have electric fans for the radiators, and these motors only relied on the belt driving fans. At idle, as in waiting for a red light, the fans wouldn’t spin fast, and there would be less airflow without forwarding motion. This would heat those bigger motors up, and they would get hot during summer driving. It’s not much fun worrying about your cool ride overheating while city driving. The same Corvette with a 327 or 350 small block motor wouldn’t get too hot.

Also, air conditioners were a somewhat rare option in those old Corvettes. It didn’t matter much if you had ac though because they didn’t blow very hard. Regardless, the big block motor put out a lot of heat inside the car, especially the driver’s side. Summer driving can make it pretty hot in those big-block cars.

It’s certainly more badass to have your car with a big block hood that has the numbers “427” or “454” on it. But it’s a heat consideration.

Some years ago, a 1968 Corvette was worth slightly less for this reason, and you got what you paid for because they had issues that the following years didn’t have. It’s less of an issue now because it’s been so long and most fixes are completely worked out. The 1984 is a little worse of an issue still, so you can get an 84’ still for pretty cheap. Personally, I still consider the 1984 as the worse year for Corvette of all time. They looked like futuristic spaceships when they came out, and as a kid, that was cool. But they were kind of a piece of shit.

4. Mid-seventies Corvettes have no horsepower The seventies were a time of energy crisis. They had us all believing that the planet was going to run out of oil soon and that we had to conserve gas. That proved to be utter “bullshit”. Forty-plus years later, the planet of humans uses ten times the oil, and there is no real sign of running out.

The result of the “oil is running out” scare resulted in cars having less horsepower and Corvettes suffered maybe more than any. Corvette’s performance bottomed out in 1978 with that year’s car having an anemic 175 horsepower. When looking at these years, consider them much less desirable for this reason.

5. Survivors are king An old car that is a “survivor” is one that is all original and hasn’t been restored or modified. Some of them may not look as good, but if they were untouched, that’s cool and in many cases worth more than a shiny new restored one. There is absolutely nothing wrong with a restored old Corvette, but one in mint condition that has never been re-done is absolute king.

Little things matter to corvette guys when it comes to original. Anything that has been replaced can be a big deal. If a windshield were replaced, someone would have something to say about it. If the car needs a new starter, it’s best to have the original rebuilt instead of just getting an exact replacement. The importance can be silly. And for some, if the numbers of the motor don’t match the car numbers, then it’s a poser piece of shit. Seriously!

6. Lacquer vs. clear coat, base coat Old cars were painted with lacquer, and when one of these old Corvettes are repainted with the newer paints and a clear coat, it changes the way it looks. This to some is a big deal. When looking at an old Vette, ask about the paint. You may find that it matters to you too.

7. Over-modified is not good The look of a stock Corvette is awesome. The body lines are distinct, sleek, and sexy. Despite this, some guys want to make a look of their own. I don’t know if it’s because the older Corvettes were fiberglass or what but a lot of guys have modified these old corvette bodies by flaring out the fenders, reshaping the taillights, or my favorite, adding size and style to the hood. These mods, although expensive, will take value off of the car.

Some modifications look acceptably cool like cutting out the hood of a mid-sixties Vette and fitting a giant old-school blower to stick out of it. For the most part, though, body mods on old Corvettes are ugly and somewhat embarrassing. I’m not at all a conformist, but in this case, it’s best to stick with how GM designed the Corvette.

8. Corvette guys can be a pain in the ass If you are a car enthusiast, then you already know the reputation of Corvette guys. They can be a little much with their Corvette performance facts and purest attitude. I have always loved Corvettes and having a passion for something is great. Too much passion though is annoying. The good news is that you won’t necessarily become a Corvette douche by buying one. In the end, it’s just a car so let’s not get too crazy here.

9. Go to Corvettes at Carlisle If you are serious about getting a Corvette, this is the biggest and best Corvette show that there is. You will see thousands of Corvettes of all years here as many drive their cars to the show. You will also see some good deals on old Corvettes too. When I went to Carlisle, there were four or five of what I considered good deals on some cars. It’s one thing to be shopping for an old car online, but it’s a way better experience seeing them all together in one place for real.

10. Don’t get too new of a year Just about every year of Corvette is cool. But there are only two categories that most want to fall in. One is you’re a new Corvette owner. You are buying the latest and greatest Corvette, and the status reflects as they are expensive and you are driving a new car. The year range of being a new Vette owner will depend on what year it is and when the new generation is coming out. A good rule of thumb is if your car is in the current generation, not many changes were made, and you have a color that is made every year, then you’re good.

If you are a generation behind though, you lose new Corvette owner status and are now somewhere in the corvette desert between being a new Vette owner and an old Vette guy. You’ll have to sell your Vette and get a new one to stay in status. Don’t blame me. I’m just the messenger.

The other category is the old Corvette owner. Your car has to be pretty old to make this status. How old? Well, it depends on how old you are I think. For example, at my age, I wouldn’t own a non-new Corvette that was newer than 1972. There are a few exceptions to this for me. I would consider owning a couple of special edition Corvettes like the 1990 ZR1 or a rare one like the 2008 427 ZO6.

A LAST WORD ON GETTING AN OLD CORVETTE

An old Corvette is super cool. And being an American male, you can’t go too wrong owning one. Keep in mind though that these are two-seaters with not a lot of room. Corvettes are not considered muscle cars. They are sports cars. If you need a back seat for whatever reason, get an old GTO or something. They are cool too. 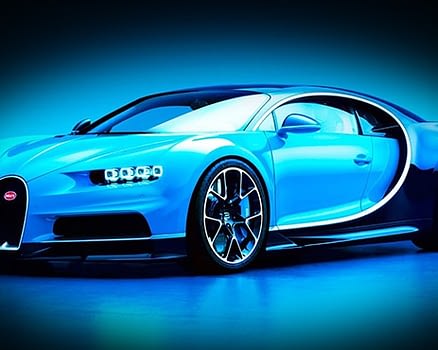